Finally, after being nominated for “24th Asian Television Awards” in the “Best Braned Content” category, the movie “Prison Rat” succeeded as a film that demonstrated the importance of the brand under the “Helper” project. 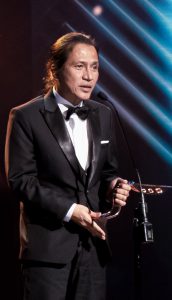 Under the Helper’s brand, which conveys the belief that people in our society tend to have images of ‘prison’ as a place to control wrongdoers. Once people have entered this place If there is a chance to come back, there is a chance to repeat the mistake. Even if it is a serious case, people will feel that this group of people is not appropriate to live in society again. But we do not know that some people who have to walk in there may be caused by mistake or unintentionally. When they returned, they wanted to change themselves and prove themselves, so the word ‘opportunity’ is important to them.

And on January 10, 2020 the movie “Prison Rat” successfully won the Asian Television Awards and congratulated the agencies involved. 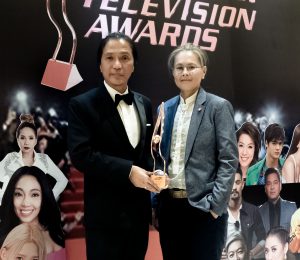 Congratulations to “Wonderland Films” and “Helper” for helping to create a work that reflects quality society in the future.

Tags: Asian Television Awards, Prison Rat
We use cookies to ensure that we give you the best experience on our website. If you continue to use this site we will assume that you are happy with it. Privacy policyACCEPTPrivacy policy